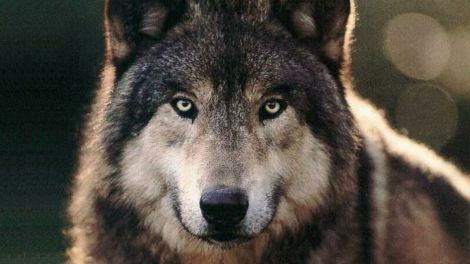 The dense and often melancholy forests of Germany have long been the breeding ground for frightening legends of werewolves, witchcraft and sorcery. There cannot be many European children who have not read or heard of the fairy tale Little Red Ridinghood and been scared by that big bad wolf. When the brothers Grimm wrote their stories, aptly enough in a medieval castle at Steinau, much of their inspiration would have come from such legends. Witches and sorcerers were usually harmless and innocent old men and women denounced for some imagined misdeed, blamed for supposed supernatural acts or even by neighbours with personal grudges. After being half-drowned in the village pond they usually confessed to whatever charges were brought against them, true or false, and were duly burned in the town‘s main square. But werewolves being able to revert to human form were more difficult to encounter and to this day they still attract both fear and notoriety.

The first mention of a werewolf is in Greek mythology, when Lykaon was turned into a wolf after dishing up a plate of human flesh to Jove, hence the 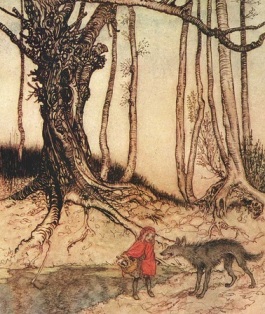 Latin word Lycanthropy for this phenomena. In the Middle Ages in Europe, werewolves were officially considered by the Christian Church to be a reality. They are still described in Brewer‘s dictionary of Phrase and Fable as bogies who roam about devouring infants, sometimes under the form of a man, sometimes as a wolf followed by dogs, sometimes as a white dog, sometimes as a black goat and occasionally invisible.

It seems as though anyone could become a werewolf. Maybe still can? The only requisite is to be in possession of a wolf belt and by wearing this one can simply transform oneself. The good news is that when a person undergoes this metamorphosis they can only be killed by a bullet which has been blessed in a chapel dedicated to St.Hubert the patron saint of huntsmen. The bad news is that the wolf belt is a gift from the devil and once accepted it can never be discarded. One enters a pact with Old Nick for all of eternity.

Apart from Grimm‘s fairy tales, there are many recorded accounts of werewolves in Germany. But it does appear that the state of Mecklenburg in the far eastern part of the country has had more than its fair share. There are the Werewolves of Klein-Krams; of Vietluebbe; of Ludwigslust and of Fahrenholz. The probable reason for this being that it was here near to the border of Poland that the last wolves in Germany were killed. The German folk still have a deep-rooted respect for the wolf and names such as Wolfgang Wolff and Wolfhard are still in common use. In 1945 following the end of the Second World War there were last-ditch groups of German guerillas calling themselves the Werewolves.

A more recent legend came into being at the time the American troops were stationed in the Rhineland. It happened in 1988 on a particularly dark and moonless night at a munitions site near the village of Morbach. The alarm system attached to the perimeter fence sounded off. A huge wolf-like creature surprised the security guards when they went to investigate – one presumes that being on duty they were sober. According to eyewitnesses the thing stared at them with its burning red eyes reared up on its back legs sprang over the three-meter high fence and disappeared into the surrounding forest. Even the dogs, which the police brought in to track the beast, became over-agitated and refused to take up the scent. It is of interest to note that Morbach is near the town of Wittlich where rumor has it that the last known werewolf was killed. In the near vicinity to the camp is a shrine where a candle is kept permanently lit to avoid others coming back to menace the locals. On this particular night it had been extinguished.

One of the most bloodcurdling accounts of the capture and trial of a German werewolf which was also published in England occurred in 1589. In Bedburg, not far from Cologne a certain Peter Stubbes was charged with being a werewolf. It was claimed that for twenty-five years, when he changed into a wolf like beast, he had terrorized the neighbouring villages. To avoid the fearful torture he would have to have undergone and which was customary in the Middle Ages, he admitted to being a werewolf and to killing and eating at least sixteen men women and children, including his own son. Found guilty on the 31 of October 1589, he was placed on the wheel and the flesh was pulled from his bones in ten places with red-hot pincers. His legs and arms were broken with a wooden club and when pronounced dead, his head was cut off and his body was burned to ashes. His daughter Neell and his mistress Katherine Tropplin, being accused as his accomplices, got off with lighter sentences; they were burned at the stake, without having to suffer the preliminaries which Stubbes had endured. 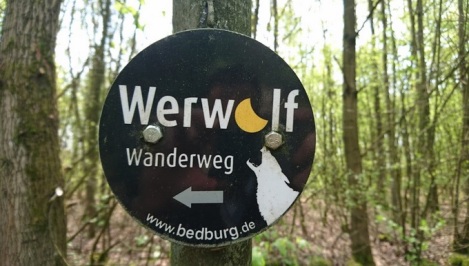 If your curiosity is aroused by this episode in German history, a sign outside the wall of this mediaeval village relates this story and indicates the route along the Werwolf Wanderweg. For those of you who do not believe in such creatures or are of less nervous dispositions, might I suggest you take a stroll along this footpath on a moonlit winter’s night? But beware. Do not go alone and don”t stray from the path….