The first day of May is a time for celebration in Germany and there are quite a few ways to join in: Dance, show your love or protest – preferably not all at the same time.

Some people like to dance into May – from April 30th through the night and into the first day of the month – it’s called Tanz in den Mai and there are loads of events and parties taking place around the region where you can dance into the new month to the music of your choice. 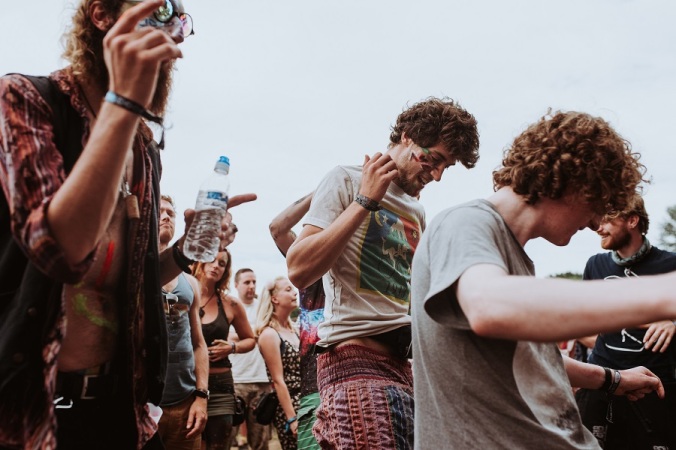 When you leave the party in the wee small hours of the morning don’t be alarmed if you witness another May day tradition. If you happen to see a bunch of giggling young men trying to scale a drain-pipe, or climbing onto someone’s balcony, don’t worry, they’re not breaking and entering. One of them is proclaiming his love for a girl who lives nearby. Take a second look and you’ll notice they’re carrying a birch tree sapling decorated with colourful streamers and around a hundred zip tags to fix said tree to a drainpipe, tree or balcony railing.

The aim of the game is for the girl to open her curtains the next morning and swoon over the efforts of her intrepid would-be boyfriend. Apparently, this show of devotion is not just for teenagers, husbands and wives get in on the act too. You can buy ready decorated trees at the DIY store and there’s even a service that offers to buy the tree and attach it to a drainpipe near your beloved’s window for you.

There’s no time for romance on May Day itself. This is the day for protesting! And there’s even a public holiday set aside so Germans can take to the streets and protest against whatever they’re feeling strongly about at the time, it is International Workers’ Day after all. This year a demonstration for workers rights will take place in Mulheim; while on Heumarkt the DGB-Kundgebung takes place with speeches and events and there’s a cabaret program from 13:00 to entertain the protesters.